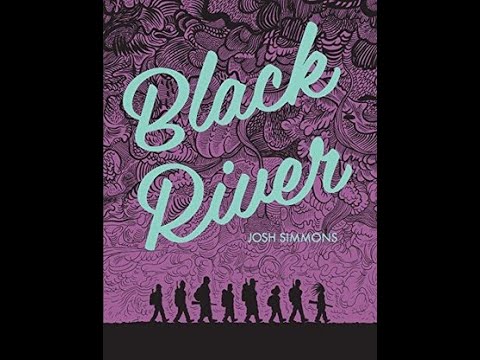 This weekend, our master of horror, Josh Simmons, kicks off his Black River tour with three stops around the Pacific Northwest. After a successful weekend at Portland's Linework NW festival, Josh is hitting the road and heading to Canada. On Friday, April 24th, catch Josh in Vancouver at Lucky's for a book signing and screening of three shorts by Simmons, beginning at 7 PM.

Next stop, Seattle! Saturday, April 25th, our very own Fantagraphics Bookstore and Gallery will be hosting Josh in Georgetown, also with a signing and screening. He'll be joined by the Intruder gang for the release of Intruder #15, one of the most adventurous comics collectives out there. Festivities kick off at 6 PM.

And if you're in Tacoma, don't worry! We didn't forget about you. Josh will be making a stop at Destiny City Comics on Sunday, April 26th for a signing beginning at 2 PM.  Next door at King's Books, they're celebrating their 11th annual Wayzgoose! Letterpress and Book Arts Extravaganza. You wont want to miss this all-day affair! Each stop along the tour will feature these limited black light posters created by Simmons, and only available during the tour. Other prints featuring a gorgeous black and white interior of Black River, and the full color cover of The Furry Trap will also be on hand for you to get your hands on!