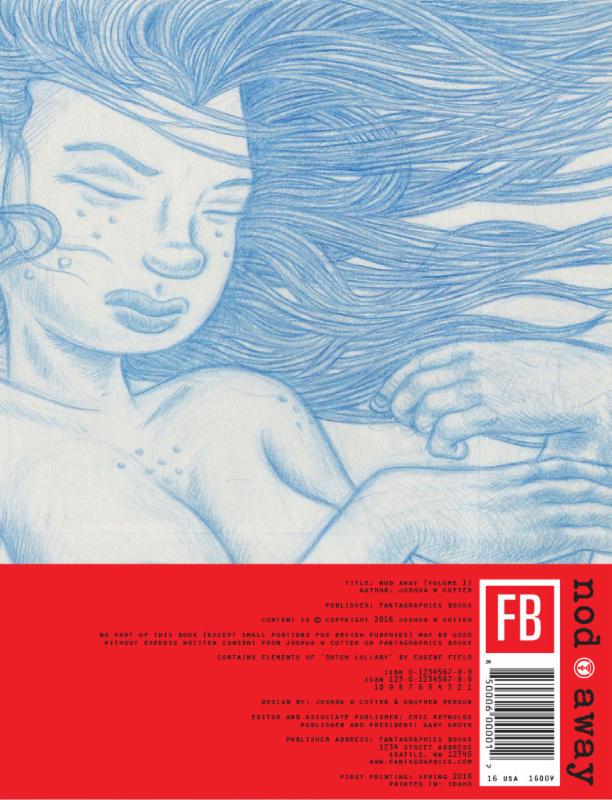 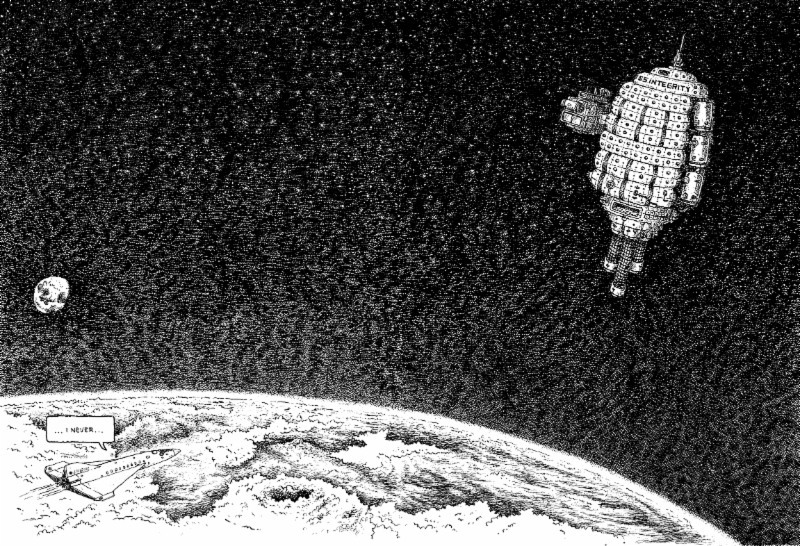 July 9, 2015-Seattle, WA-Fantagraphics Books is proud to announce its acquisition of Joshua Cotter’s new sci-fi epic Nod Away, to be released Spring 2016. Nod Away moves back and forth between physical and psychological worlds, utilizing traditional and abstract storytelling styles to explore what consciousness could be, where it’s located, and what function or point it serves.

Nod Away is set on a near-future version of Earth. Deep-space transport has been developed to take a small crew to a habitable planet in a nearby system in an attempt to begin colonization/repopulation. The Internet is now telepathic and referred to as the “innernet.” When the hub is revealed to be a human child, Melody McCabe is hired to develop the new nexus on the second International Space Station. 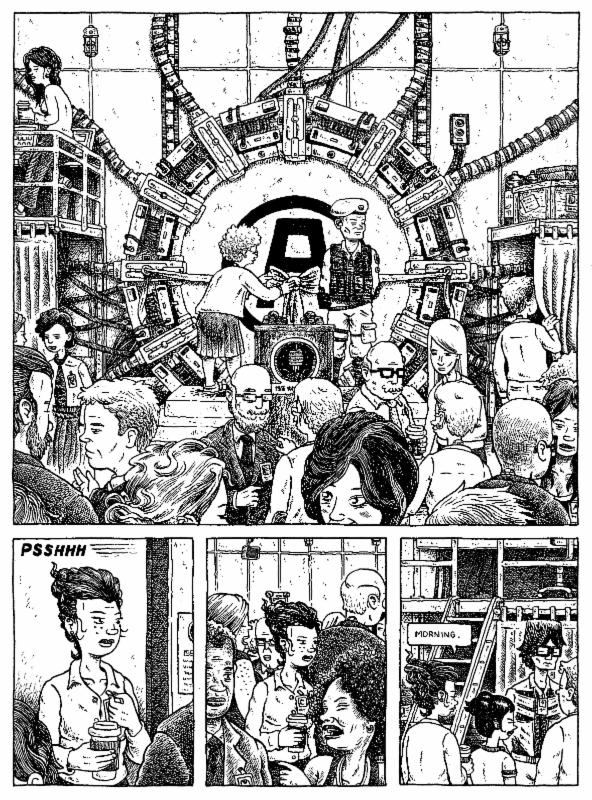 Cotter garnered international acclaim in 2008 with his original graphic novel Skyscrapers Of The Midwest, released by AdHouse Books. For the past seven years, comics fans and critics alike have been calling out to Cotter for a new book. Nod Away is shaping up to be the most highly anticipated graphic novels of the year.

“Cotter is pure cartoonist, in the truest sense,” explains Fantagraphics Associate Publisher Eric Reynolds. “He has such an intuitive grip on the language of comics that he makes it look easy, creating these fully realized characters in a fully realized world.”

“Fantagraphics has published some of the best comics ever created, and for Nod Away to be in the company of books of such tremendous artistic and cultural significance is both humbling and an honor,” says cartoonist Joshua Cotter. “Working on a project of this size and scope will be all the easier knowing that it is in such able hands.”

Joshua Cotter lives in rural northwest Missouri with his wife, child, cat, and an astute sense of impending mortality. They keep him making comics.